So I had to take advantage of some more internet drama but it’s extremely difficult to get a voice out. Social media is saturated with fools chasing clout and money when the quiet guy has something to say. When it comes to Twitch this has spread like gasoline on the entire audience trying to find that moment when their viewer count is on fire. Doing anything and everything on live stream to capture a few more donations and Twitcher bits for their moment of glory and falsified self esteem.

To summarize the drama, which can be said about any sport or game really, one guy or girl is using the hobby or skill to get money and fame regardless of what it does to said sport or game. Usually without using said skill and hobby, but rather selling it out to squeeze out every ounce from the juicers. Other people are mad about it and others learn how to follow suit. Certain characteristics go hand in hand with these personalities, such as narcissism and lots of pride. Whether it be the WWE / UFC with Conor McGregor, the NFL with it’s Cocaine Cowboys, the MLB with their roided out home run hitters, CSGO Pros with their script kiddie hackers, or adderall induced Battle Royal winners on their 24/7 stream. I’m sure there is even drama in the international cup stacking championships as some nerd loses his cool.

Many with a large ego and pride use their hobbies and skills to ridicule those that don’t. Whether it be poor sportsmanship in a win OR loss they can’t seem to hold back their child like attack. To put things into perspective however you have to remember, anyone that’s been doing the same thing every day for 30+ years tends to be quite good at it. Especially when they don’t have to work a slave job or participate in slave society they are able to play a game from their childhood to adulthood learning every trick of the trade. No question, each one of these hobbies require a lot of skill and dedication, the ballerina on the bicycle or the guitarist singing their song. The reality is at the end of the day each one of these sports and games is just that, a sport or game, a hobby.

We start doing these things because they are enjoyable and fun, to play backyard football with the gang and creating LAN parties with the boys next door. In today’s day an age however that’s not happening anymore. Society locked up in a cage even prior to the latest coronavirus psyop. Everyone sitting inside all weekend watching and cheering as their teams perform. Whether UFC, football, basketball, chess, backgammon, or Fartnight the results are the same. It seems like in every aspect of society the fun has been sucked out for another Tik Tok skit or clout on the internet. Hard to find anyone outside let alone doing a hobby or skill of their own without their phone. Many living vicariously through someone online as they adapt their personality with no shame.

We clap and cheer as if their win is our win. We waste away as we carry their pedestal that holds up their society based self esteem and bank account. People watching others play a game instead of going outside and having some fun or playing the game themself. I can guarantee you’ll still remember that diving touchdown catch to win the game in the backyard verse your team winning the Super Bowl 7 years ago as you were singing along during the baphomet worshiping half time show. I will always remember those late night Halo LAN parties where we battled to the death in the most competitive gameplay that would drive any MLG fan insane. I never would have experienced any of that if I was just watching some lame ass stream on Twitch with some random dudes begging for money to do it for me. If I was wasting my weekends inside watching some dudes in spandex catch leather balls and put them in baskets. At the end of the day chess is just a fucking board game, it’s the experiences, memories, and growth that make it worth playing.

We pay to have someone else live experiences we wish we had and all along they look down and spit on the little man. Whether direct or indirect as they cash in on every ounce of interest we once had. Creativity is snuffed out for some random dudes moment in the sun, game servers empty so one streamer could cash in, our hobbies destroyed because we put all our eggs in one basket and never questioned a thing. Never creating life moments or memories the repetition becomes dull and depressing with no change in our vision. As these internet vampires chase their illusion everyone sits by and donates their own creativity, thoughts, and needs; hoping they might get recognized for their deeds. Your creativity and individualism is sucked out for just another picture in some dudes sub reddit to use in his stream. Many never developing their own skills and hobbies is the most brutal of consequences as another loser at rating 650 gets destroyed by Hikaru’s Bong Cloud meme. 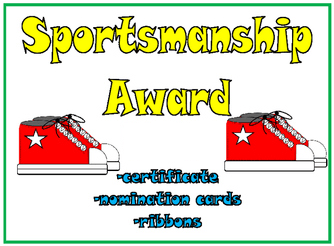 All us normies are just mere content to the big boys on top, to garnish more views and clout so they can harness the energy from their community as they sell out. Not in the name of getting better at their hobbies or getting involved in and creating other skills but to further their cringey internet celebrity delusions. Not to create a real community of learning and fun but to use your energy to pad their bank account, basing their success on sub count and Twitter bits at your expense. What do you think that makes you? Username500412 thank you for the donations. Thank you for the sub. Thanks for the pay per view payment user #69. You can’t really get angry though because you are the one holding them up as if their a god among mortals as you clap for another championship.

Many of this could be said to those chasing #1 as well. Willing to be toxic in every game lobby when the person next to them doesn’t live up to perfection as they seem to think they deserve. Creating unrealistic expectations and demands for themselves and taking it out on others when they don’t perform as expected. Dedicating your entire life to just one thing really just shuts the doors on opportunity rather than open them but many love the idea of being top dog. You lose the ability to partake and enjoy other hobbies and skills that might even benefit your main train of thought. I could be playing a game of CSGO when I get an idea for my adobe house outside. I could be building my adobe house when I get a idea for a creative flank while defending in the Hippopotamus. (Angry Hippo as I like to call it.) Which then gives me a sweet idea for setting up my garden in the Spring.

The hobby you used to love and be passionate about has become the reason you feel the need to attack others or sell out. Pretending this gives you a reason to grow yet in reality it just turns into some Hollywood baby eating circus show. How much more fun would it be to watch some of these skilled people teach and coach other people, to build a community of knowlich and creativity instead. Or to see them learn a new skill or hobby that promotes creativity and growth in their own life while helping others do the same. What the hell has happened to us as a society?

I always admired Brett Favre for this reason, despite other reasons like throwing snowballs at lineman for a false start, he was always caught red handed down in Mississippi teaching and coaching high schoolers in the off seasons. When you think about it more I guarantee he learned some things from the kids that probably made their way into a play or two in an NFL and I can guarantee those kids lives were impacted by Brett Favre’s coaching and mentoring. Instead of working with ESPN doing cheesy passes through fire hoops with Tom Brady he was off doing something real; and man I really wish I had video of him working with those kids because that sounds way more interesting than a fixed NFL game. How much more fun would it be to see players like Hikaru work with chess players from his audience and teach along the way, instead he’s working with people like Pokemane who couldn’t give one fuck about chess other than the donation simps and viewers that will jump on board. Doing bong clouds runs against low ranked players while flagging to death anyone who confronts him.

The funny thing is you could change the names around in any sport, hobby, or skill and get the same results. It doesn’t really matter how big the audience gets for any game, sport, or hobby, if there isn’t some kind of growth, knowledge, or creativity coming out of it. It’s not really a good thing, let alone success; it just becomes another digit and dollar in this already depressing world where freedom of expression and thought gets snuffed out. Maybe it’s about time you put down someone else’s pedestal and start carrying your own torch. I know it’s hard to dive deep in the shallow end but sometimes you just have to take off those water wings and get your balls wet.