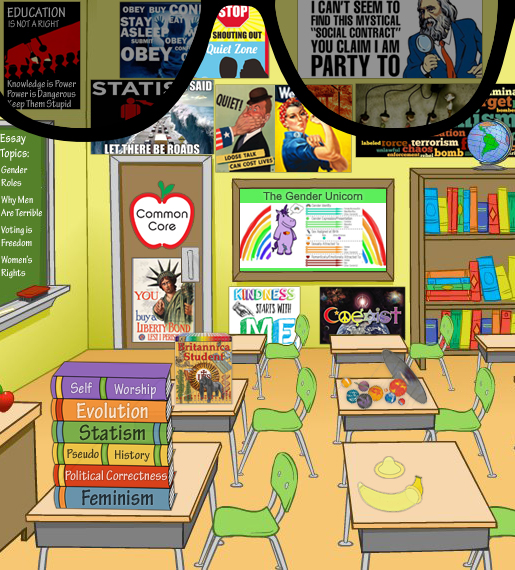 Most people base their entire life off what they learned at school, failing to realize they’ve become a tool, with conformity and slavery under their belt.

Are you tired of it? I’m tired of it. I’m so tired of the ism’s and the abbreviations. I’m so sick and tired of the endless creation of these retarded concepts that are then taken and criticized by some other abbreviation. Then that abbreviation changes to a new one with a new label. Then someone else’s ism contradicts it. Then a new ism creates a new abbreviation and I don’t even know how to speak. Half the alphabet has been replaced with alternative meanings and definitions and if I say this I say that and if I don’t do this I can’t be this abbreviation or ism. ENOUGH!

SHUT UP! Why do people feel the need to label themselves. To put themselves inside a group only to be handcuffing your own growth and thought to one playing field. Why limit yourself with a label when you can simply BE YOURSELF. I like shooting guns. I like smoking weed. I hate government. I love growing vegetables. I think you’re a douche bag if you want me to pay for things in your life. I don’t mind donating to someone in need. I think religious people are hypocritical idiots. I think atheists are religious people. I think taxes are theft. I think a traffic tickets are inland piracy (legally it is). I think abortion is wrong but I don’t stand in the way of someone doing it. (Education about health effects and mental effects after abortion are extremely hidden and secretive and very detrimental to a women). I think I should not have to pay for planned parenthood in any way. Not a single penny. If we have any form of government, locally or state, I think if you support a tax you can check it off on your tax form and pay it. If you opt out, you opt out. I think that government should not regulate money in any way. I think that government should not be a corporation pretending to be a government. I think the liberals are brainwashed. I think republicans are bought out. I think democrats are delusional. I think anarchists are unrealistic. I think NASA is 100% propaganda in every way.

Where is my label? What do you call me? How do you openly respond with real conversation and not a rehearsed rhetoric given to you by the media? Why would I have to pay taxes on things I do not support? Why am I forced to take up a label? Why am I forced to decide between two presidential candidates with no real world experience that are actually related. Oh you didn’t know? Hilary and Trump are distant cousins. Just like Obama and Bush. Look through history, why is it we have the same families and choices over and over again? Yet I’m forced to vote for one side or the other or I’m not an American? If I don’t choose a side I’m somehow a terrorist. If I want to live my life out on my own away from all civilization I can’t. I am harassed by building code inspectors creeping on my property when I’m at work. I’m harassed by neighbors telling me to get permits for an adobe structure. Built completely off the land from rough cut lumber and HAND DUG CLAY FROM MY OWN PROPERTY.

Why do I have to take up your stupid labels? Why am I jumping through hoops to adhere to some abbreviations “laws”. These aren’t clubs. They are cults. Every last one of them including politics. This is where some dumbass says “what about the roads” “what about the blah blah blah”. I PAY FOR THE ROADS IN THE GASOLINE TAX. You know, the thing that’s about 50% of every gallon of gas you put in your car. ALL of that is what pays for your roads. I never even knew this until I drove a propane van for a farm van that ran on propane and didn’t have to pay the tax. So tell me again why I’m paying half my income so other people can sponge and live more vibrant than myself. So we can bomb innocent people in random countries all over the place. Over 75 countries in 100 years. Treating men like disposable tampons all so the elite can accomplish their agenda. Leaving strong men in a state of crisis upon return to no love and only hate. No help, no way to pay taxes towards help, no mens shelters. Nothing. Giving up everything only to be turned into a terrorist.

This finally boiled into a mental explosion for me. I see this everywhere. I see constant label making, and then the opposed will grab that label and spin off in 20 minutes of nonsense against that abbreviation or label. You’re THIS, so you MUST BE THAT. Over and over and over and over. I can’t imagine this mental process of having to deal with this personally. Having to jump into labels and meet criteria and please the opinions of others just to fit in. How is that individualism? How is that freedom?

Why is it necessary to be apart of some group or organization to actively participate in goals and achieve them? You can work in a group without a label. You can achieve goals without a label. Not only this but it is very easy to de-rail a movement by it’s own label. The media completely disarmed ANY militia movement with the Oklahoma Bombing. Which had nothing to do with the militia. How many militias where active after that bombing? Not many. Why? They where terrorists to the public and media. By labeling yourself you simply make yourself a hog roast for a hungry lion.

Jumping from one mental prison to another is hardly the answer. When you finally catch that moment of realization that none of that is going to do what you need it too. It will always leave you in the same boat with no paddle. It’s time to put away the label maker. Better yet, carve it into a prison shank. Shank that nasty label maker guard and take the keys. (Liberals: Don’t actually stab anyone…) Let yourself out and see what’s like to have true mental freedom. Freedom to walk your path whichever way that may be. It’s your choice. You have free will. Travel, start a business, work hard and save some money, scrub toilets while you plan it out. It doesn’t matter. Throw on some classic hip pop and sit back with a realistic plan and a few goals. See how far you are compared to your last 3 months of label making and arguing null points with no reward.