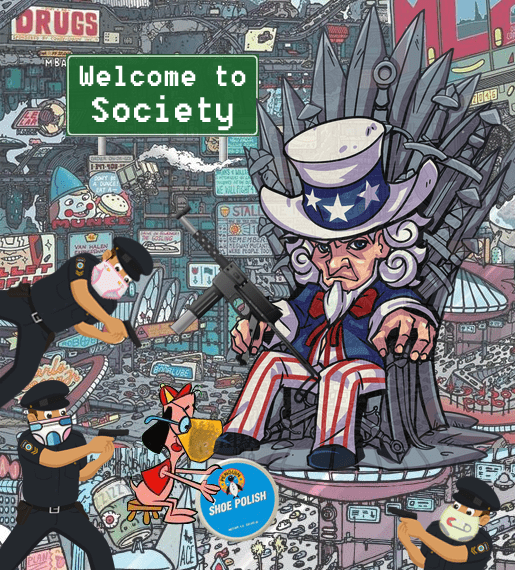 Get on your knees and pray to your master, as you shine his boots don’t forget to lick his words like he’s your pastor. Jumping at the bit to obey his every demand, you fail to realize your just a dog trying to follow the rules on command.

Over and over again the fake christian loves to rub Romans 13 in your face about obeying government. The reality is however they reveal themselves for the frauds they are by turning Romans 13 into government worship. Not only did they manipulate the Bible to create this lie, but it’s pushed on everyone in society to get total adherence to government of any kind. “You have to obey government because God says so”, even though it’s the opposite of what Romans 13:1-6 is speaking about.

To put things into context, here is Romans 13:
Let every soul be subject unto the higher powers. For there is no power but of God: the powers that be are ordained of God. Whosoever therefore resisteth the power, resisteth the ordinance of God: and they that resist shall receive to themselves damnation. For rulers are not a terror to good works, but to the evil. Wilt thou then not be afraid of the power? do that which is good, and thou shalt have praise of the same: For he is the minister of God to thee for good. But if thou do that which is evil, be afraid; for he beareth not the sword in vain: for he is the minister of God, a revenger to execute wrath upon him that doeth evil. Wherefore ye must needs be subject, not only for wrath, but also for conscience sake. For for this cause pay ye tribute also: for they are God’s ministers, attending continually upon this very thing. Render therefore to all their dues: tribute to whom tribute is due; custom to whom custom; fear to whom fear; honour to whom honour.

Now here is a new age satanic knock off version found in most churches:
Let every soul be subject to the governing authorities. For there is no authority except from God, and the authorities that exist are appointed by God. Therefore whoever resists the authority resists the ordinance of God, and those who resist will bring judgment on themselves. For rulers are not a terror to good works, but to evil. Do you want to be unafraid of the authority? Do what is good, and you will have praise from the same. For he is God’s minister to you for good. But if you do evil, be afraid; for he does not bear the sword in vain; for he is God’s minister, an avenger to execute wrath on him who practices evil. Therefore you must be subject, not only because of wrath but also for conscience’ sake. For because of this you also pay taxes, for they are God’s ministers attending continually to this very thing. Render therefore to all their due: taxes to whom taxes are due, customs to whom customs, fear to whom fear, honor to whom honor.

tribute
an act, statement, or gift that is intended to show gratitude, respect, or admiration.

tax
a compulsory contribution to state revenue, levied by the government on workers’ income and business profits or added to the cost of some goods, services, and transactions.

compulsory
required by law or a rule; obligatory.

Right off the bat there are several clear differences. Some of which literally turn scripture into statist non-sense. Governing authorities? Really?! Just going to slip that in eh? Even though the governing authorities are the ones responsible for bible burnings and crusades? Millions of innocent people dead at the hands of genocide or the catholic church. One in the same. Not only did they manipulate the translation to governing authorities but they have flipped the entire paragraph of verses on its head. The scripture has nothing to do with government!!! At all. Literally nothing. Higher powers is a reference to preachers, not government! The scripture following proves this.

Another bold line is “for rulers are not a terror to good works, but to evil”. Why would scripture contradict itself two lines later by saying obey governments, then to say they are evil. You have to be a fake christian to tell others to obey government or a catholic in on it! Either of which, it’s clear you aren’t reading your Bible. This is what happens when you let other people translate the Bible for you. When you let atheist professors or hell bound false preachers tell you what the Bible says. When you let the same government teach your children for 18 years in public education and private schools. Even most of the books in public school are printed by catholic corporations!

Tributes to pastors turned into taxes?! Really?! Only the most basic fraud Christian would not be able to see the deception created here and how this verse has completely been turned on it’s head to get you to adhere to their statist doctrine of the Nicolaitans.

Why on earth would the Bible tell you to obey these governing authorities while telling you they are evil? Why would you believe that without reading the Bible yourself? This is just another example in the never ending supply of idiots telling you what the Bible says. Read it yourself. Does it say to obey government anywhere?! NO! You don’t need a preacher to understand what it’s saying. You don’t need to be a scholar from a government university. You don’t need special glasses. Just enlarge the print. It’s pretty clear this entire passage is a reference to preachers and supporting them. It literally has nothing to do with government and I challenge you to find anything in the Bible that says government is good. 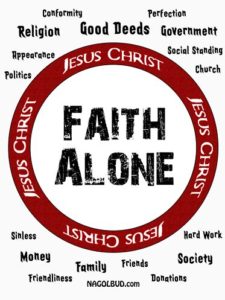 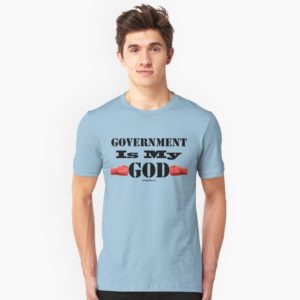 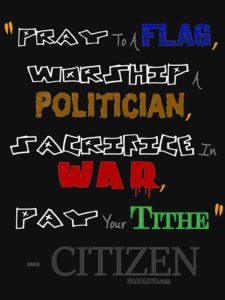 The reality is the Bible is filled with truth about evil governments and rulers. Even the Israelites, not Israel the country of fake Jews created by the bankers of the Vatican to control the middle east, but the tribe of the Israelites, had no government. They had a king. Not to mention all throughout Revelations the Bible claims that the doctrine of the Nicolaitanes is one of the only thing Jesus Christ absolutely hates. Revelation 2:6 But this thou hast, that thou hatest the deeds of the Nicolaitanes, which I also hate. Do you know what the doctrine of the Nicolaitanes is? Using religion as a government to control people. Nicolas—whose name means “one who conquers the people.” Who conquers the people? Who uses the bible as a club and religion as a noose, who?! Who sent the Spanish to Mexico and central America? Who sent Portugal? Who sent the British? Who sent the Crusades? Who? Who? Who?! Who killed off the native Americans? Why do they speak Spanish in Mayan Mexico? Let that sink in. Perhaps it’s time you read the Bible for yourself and stop letting these drunk delusional fools claiming to be pastors and priests tell you what it means. Just another Jesuit deception.