I’m the CEO and you’ll do what I say,
doesn’t matter how many politicians I gotta sway.

Pump your phone full of propaganda til ya change ya tone,
like a good little citizen you’ll always obey my throne.

Subconsciously you won’t even realize it’s idolatry,
as you start to follow the beat of my archaeolatry.

Virtue signaling as a vegan you protest to eat herbicide,
meanwhile society is starving like a modern day genocide.

Monsanto, Apple, Nike we’re all the same things,
just one man behind the scenes pullin’ the strings.

President Red or blue doesn’t matter they’re both my bitch,
controlling the media narrative like a modern day witch.

Don’t bother just leave your conspiracy theories at the door,
if we needa we’ll drop another cointel pro for the poor.

World on lock down we’ll start to round up the dissident,
can’t blame me either because you were complicit-in-it.

Hop on my yacht and go for a cruise in the Caribbean,
watching the news laughing at your mouth covers, stupid peon.

Now go get your vaccine so I can add another digit to my account,
don’t worry if you can’t afford it I’ll give ya a discount.

Best part is if something goes wrong you can’t even sue me,
if you knew the truth I’d probably be hangin’ from a tree.

Don’t worry though I paid off the mayor and his police force,
drinkin’ beers with senator as we hit balls at the golf course.

Already sculpted your mind to my desire like potters clay,
only thing left for you to do is submit to me and obey.

I’ma clean out your bank account like your ex wife,
Call me Papi, Daddy, I’m the CEO and I control your life.

Only taking orders from the Pope to maintain the secret,
my Freemason henchmen workin’ day and night to keep it.

Flashing their devil horns for NASA on command,
mention this online and we’ll make sure your banned.

Got ya jumpin’ an clappin’ for your own mental enslavement,
in reality my boots holding ya head down to the pavement.

All twisted up in my version of the stockholm syndrome,
eatin’ up every word the television gives like it’s honeycomb.

Caught ya starin’ at the headlights on the highway like a deer,
and I’ma keep injecting society with more and more fear.

Best thing you can do now is just ignore this song,
go back to lookin at chicks on Instagram in’a thong.
last thing I want is some peasants like you thinkin’ they’re strong.

Just moved in to a little Mexican village,
hold up,

my neighbors just started to party at like 2 a.m,
sounds like karaoke again but maybe I’ll just hafta join em’.

My spanish isn’t that good but they still kinda understand,
greeted by the abuela she hands me a plate of food fresh from the land.

She tells me they just butchered the pig yesterday morning,
before she can explain I rip into my cochinita without warning.

The music starts to play as she dances away in search of the coca cola,
before she can return I’m handed 3 beers and a shot of tequila.

I think que chido if this were the US the police would be here,
instead it’s 2 a.m. and I’m eating good food drinkin’ a beer.

A few more beers with the banda we break out the dominos,
it’s more beautiful than the love story of the Mexicali Rose.

We trade wins through the night with the karaoke blaring,
not a single angry neighbor calling the police or glaring.

Before I can make a move I hear a rhuckus from inside,
tía got to drunk fell out of her hammock an almost died.

She seems to be okay though as she laughs and takes another beer,
party starts rolling primo gets on mic taking drink orders like an auctioneer.

We sneak away to smoke some weed as we hop in the Volvo,
enjoying the night with a blunt wrapped up he wips out a bag of polvo.

Thanks but it’s not my style too many pastillas these days,
don’t worry though I’ll roll another one up so we can blaze.

Back at the house we roll up as the party starts to slow down,
many headed for their hammocks as we’re the last awake in this little town.

Another plate of food? Don’t mind if I do. Mucho gracias.
I guess I’ll be here a while I’ma just hit repeat on this process.

With all the censorship happening and 95% of my accounts getting deleted it’s getting harder and harder to keep my content online. Their AI system has gotten very intelligent and fast the last couple years making it almost impossible to reach people outside of my website. It’s easy to see the agendas being played out right now watching who and what goes trending as if the elite are playing a mighty game of chess. Many unable to see past the gimmicks and sharades they throw in front of you. In the mean time, here’s some of my old music to enjoy as the world collapses. 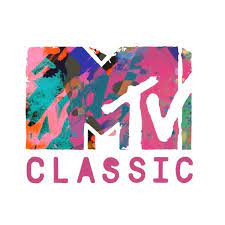 The Hubris of Mankind


Taking My Dog for a Walk In Mexico


Counter-Strike, I’m Breaking Up With You