Making friends in the modern world is close to impossible unless your a yes man conformist. People have become so fickle and fake they don’t even have their own personality or opinion. They repeat everything they hear in the main stream and absorb their programming without question. You’re not allowed to disagree or voice a unique opinion without being shunned and attacked or passive aggressively ignored. It’s quite pathetic when you really think about it but that’s the world we now live in. Everyone in mouth covers and fickle over every little detail in life. You must adhere to their political ideology, their government worship ideology, their vaccine ideology, their sport worship ideology, how tall the earth is ideology, the speed the earth spins ideology, what color your shoes are ideology, how long your pubic hair is ideology. <– Not really but it’s pretty much gotten to that point. If you don’t agree with everyone someone says you are blocked and unfriended.

Society and it’s gang of narcissistic flying monkeys can’t handle real friendship. It would destroy the mask they pretend to wear in front of their peers in society. They feel the need to attack with passive aggressive nonsense, calling you a Karen when in reality they meet the description. Getting emotional and stupid over vaccines or some other retarded topic defeated with common sense. Just because I don’t want to inject myself, or future kids, with random chemicals from a corporation that’s been caught in court lying and causing medical problems. I mean, you seriously gotta be stupid and brainwashed to think 50+ injections of chemicals for a small baby is normal or okay…. call me your programmed “anti vaxer” line or call me whatever you want, you’re a fucking moron if you think it’s a good idea to inject 50+ chemicals into a baby before its a year old. But yeah, block me and call me names because society told you vaccines are good. Berate and attack people because they don’t wear an ineffective piece of paper over their mouth. Attack me because I didn’t vote for the “lesser of two evils”. Fuck maybe you’re just stupid as fuck for thinking a politician is going to save you. I’m sorry I’ll stop being sexist and racist.

Now a days we have SIMPs calling real men Karen’s and Karen’s calling real men SIMPs. For standing on truth and fighting back with it you will be attacked by all aspects of the delusional systematical zombie horde. It’s enough to drive a crazy man sane, the world we live in is so fucking dull and boring with these types of people. They claw and cling to the system that destroys them only to be given a tiny crumb, as they watch their slave master shovel down the entire cake. It becomes impossible to build real friendships and relationships in a society run in this fashion, like a slave ship as we all are being told to row. Conformity is king and you better bow down. I must be nuts though right? Cuz you didn’t hear the conformity gospel from tik tok approving your right to your opinion to think this. If you don’t agree with every letter in every word of every sentence we can’t be friends. 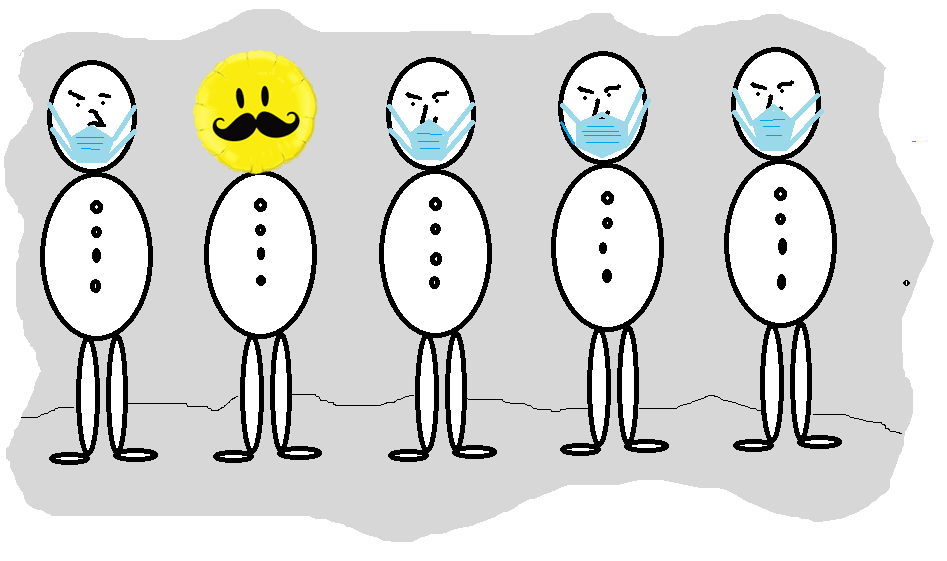 What’s funny is I’ve never blocked anyone in my life. I’ve never removed someone from my life because of something they said or thought. Repetitive disrespect however is a different subject all together, but if you think the politicians are lizard people from the center of the spinning earth ball that were injected into the lava by the semen of a distant dinosaur god man beast with 3 wings and 4 sexual reproductive organs I wouldn’t disband you. I’d probably ask you to make a video game with me. People these days are too fucking fickle with all their ridiculous opinions that weren’t even created by them. Their entire identity was forged by the programming of society. Their software’s been hacked and they can no longer function as a human being with any empathy. Compile this with social distancing and literally no social skills our society is left in loneliness as each member straps on their face mask and hides in their room. Self inflicted depression while attacking those that teach a different way of thinking. What would I know though, I’m just a sexist, racist, homophobic, women hating, delusionalistic, conspiracy theoristy, anti vaxing, flat earther terrorist living in my moms closet.

Spot on my friend,spot on. I’m with ya on every word. Well maybe not the flat earth thing but that’s a topic for a different day. Otherwise very well spoken. P.s. Rabbit droppings works even better I found slightly dried and ground then mixed with the soil…

Thanks for the comment. Most people get emotional when you mention the shape of the earth haha. I agree, rabbit poop is best when dried. It can get mold if you try and use it too quick or over water. They work kinda like those clay balls in hydroponic setups.. but absorb way more moisture. Here in Mexico I’ve been using it on all my fruit trees and they explode within a few weeks. Love seeing results like that.

Yes I noticed the mold thing as well when originally using the rabbit scat on my “fruit trees”. That’s why I switched to grinding it up in a cheap food processor. I figured in theory it would absorb into the soil and therefore the “trees” better. I have had excellent results even though the leaves are a bit droopy for my liking I haven’t figured out the cause of that yet. And as far as the earth shape thing and such I’m a firm advocate of believe what you want to I don’t care. I believe my thing people believe theirs it doesn’t effect my health and such so I don’t give a fuck. Believe peter fucking pan is the… Read more »