In general, I get pretty excited seeing peoples art and creativity in whatever form they choose to express it in. Many talented people with their own niche hobbies of dedication and growth willing to share their inner most thoughts, desires, or stories. Getting better each time their brush paints some rhymes or sucking you into their book with some story intertwined. Like a time machine blasting you into the past or exploring a dystopian overlord future where robots and Satanists are using magic to send spells through your television set.

To my surprise, it’s doubley exciting to see this artform take on a Nagolpilled extension of the character’s mindset. It all started with one gamertag and a profile pic. It’s as simple as reading it backwards to dub the name of an OG Halo 2 video gamer king. Dropping out of high school for various reasons I was too young for a workers permit so I had a year to climb the leaderboards and become a goober gun battle rifle nightmare. Gaming became my escape to a creatable atmosphere of manosphere comradery where friends could be silly and goof around without society calling the police on them for having a war with some paintballs. When society went from school hunting clubs to kids hiding under their desk because of some false flag school shooting events. Unable able to build a shed or go fishing without the governments permission, and even then harassed by some Karens for catching your dinner. Spinning in circles men have no idea where their creativity is allowed to flourish. Hiding in the man cave like a bear in hibernation, the system doesn’t like it when they express their masculine expressions of joy inside hobbies.

But what do I know I’m just a high school drop out with 7 years of college under his belt. Never even got a degree but ended it all by starting my first company, just some neckbeard living in Mexico ranting and raving on the internet. Smoking weed at the beach staring up at the moon from a bowl earth, as society swirls around like a turd of left vs right political paradigms headed out to the septic tank. Time to embrace your inner troll and forgot about social norms, let your mind find the beat to your dreams and ignore what the normies think regardless of social media points. Turn off the Andrew Tate freemason shill loopset and design your personalized sigma male grindset. Unfollow the thots on TikTok and start twerking to your own drum line, where lust doesn’t control your thought process.

Better to teach yourself some new hobbies and adventure out of the narcissism bubble. Think outside the box and you’ll find value in something you never knew could have even existed and all it took was a little imagination to get there. Cutting off limbs of society’s Kraken monster as you explore avenues of an art you excel at, smiling at the hardships doubling your hitpoints with a stamina upgrade. 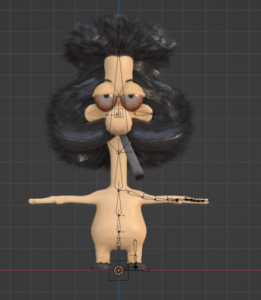 Never letting someone knock you off your horse, keep riding to freedom with your sword and shield ready for battle. Willing to sacrifice temporary pleasure to hunt the demons haunting the doubts surrounding your goals. Increasing in skill you’ll start to see improvement in the success of your plan, adding points to wisdom and strength go hand in hand. Unlike a video game, Gods the one giving out the quests to test your character, don’t worry if you make a mistake though doesn’t mean it’s game over.

Coming back to life only to watch the world burning down can be a difficult thing to overcome. Sometimes redpill rage and coping became part of the daily routine. Alcohol or drugs can seep into your compost pile, destroying all the beneficial bacteria you’ve been farming for growth. Better to keep it clean and just smoke some homegrown green, mixing animal manure back in, the best happens to be rabbit poop. 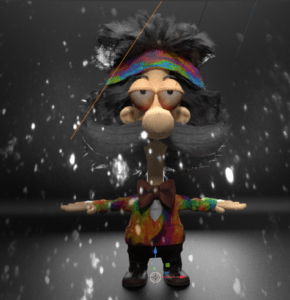 Planting seeds and watching it grow like soldiers standing strong ready to take on the world, even after a storm the flowers come out to shower in some rays of sunshine. Ideas start to foment as old habits die off like weeds as you pull them one by one from the garden soil. Grabbing the bucket to harvest the fruits of your labor, throwing the scraps to the chickens for an organic backyard feast.

A step in the right direction as you become more self reliant with no fear of the current political psyop provisions. Throwing out your portions of the statist delusion to build a high quality homestead, looking back at the main stream societal circus scratching your head. By fate or providence you have found yourself reading this article wondering what path in life you’ll stumble down. At the end of the day it really doesn’t matter as long as your machetes sharp and you’re prepared for the adventure.